I had finally decided to clean out my office closet. I started with the stuffed cardboard 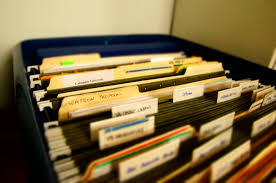 file box. The first thing I reached for was a frayed manila envelope. The stack of typed pages spilled out onto the floor. After I read the first two sheets—an early attempt at documenting my nursing life—I knew I was doomed to sit on that floor by the open closet door until I had scrutinized every page. One story especially held a surprise.

In the early 70s, after my husband completed his degree at the University of Chicago, we moved to the far south suburbs where housing costs fit our tight budget. My first job was at a community hospital. Soon after I started, I found out that my salary was the same as a new graduate nurse who had never even done a simple urinary catherization. I, on the other hand, was an experienced ICU nurse. I wrote a letter of complaint and while the Director of Nursing of the hospital commiserated with me, I wasn’t offered a raise. I quit.

I decided to apply for a job at a close-by nursing home in spite of the fact that I thought I was overqualified and working at a nursing home felt demeaning to my young arrogant self. I eventually learned differently.

I wrote about this experience in my memoir:

. . .I had worked in a nursing home—a well-run home

with low staff turnover—for a short period of time, but long enough

before. The residents bestowed many hugs and an occasional slobbery

kiss as I passed out medications on the evening shift.

I had forgotten that experience the day my academic advisor and

I talked about a master’s thesis. In 1979, like most of my classmates, I

wanted to study women—women of child-bearing age. Why did she

think she had to ask me again: “What group do you REALLY enjoy

caring for?” That’s when I remembered the hugs in the nursing home.

At the end of the version of the story about working in a nursing home that had sat in the manila envelope for over 15 years, there was an added comment about Eva Harrison that I hadn’t remembered writing.

Eva Harrison, the nursing home DON, had offered me a salary higher than the one I received from the hospital. She ran a warm and caring facility, valuing her staff and residents alike. I know she felt sad when I left after only six months but a new clinic opened. At the time, I believed that this new job was more prestigious than that of pill pusher in a nursing home.

What I had written was that I wished I had gone back to tell Eva Harrison that my time at her nursing home had so influenced me that when I graduated as a nurse practitioner a few years later, I had declared geriatrics my specialty. Working in a nursing home, Eva Harrison’s nursing home, set me on a career path that would both challenge and reward me.