During a recent trip to France, our tour group went to Camargue in the Provence region and visited a “manade,”

which is a Provencal ranch that raises white horses and bulls for the Bull Games. Unlike the bullfights of Spain, the bull doesn’t get killed.

Loaded in a large wooden wagon pulled by a tractor we, thirty-one tourists, were driven to the pasture where the female bulls—females who live on the manade are called bulls and not cows—grazed with their calves.

One of the ranchers seated on his white steed next to our parked wagon told us that the bulls remain outside all their lives: a natural existence. And there was no “invasive medical attention” even with the birth of the calves.

The bulls didn’t receive medical attention but they did have nurses. The rancher explained, in very good English, that some bulls had a mild temperament compared to the others and were selected to be the nurse-bull. The nurse-bull had a calming influence on the herd and helped the ranchers move the other bulls in the desired direction. This sounded more like a sheep dog.

The nurse-bull in this ranch had a light brown coat and a bell around her neck.

She appeared to me to circulate among the other lady bulls with an air of superiority. Or have I been reading too many animal books to my four-year-old grandson?

Maybe the title “nurse-bull” does reflect her actions, after all. If compassionate, calming and soothing attention doesn’t describe a nurse, I don’t know what does.

I remember Sadie Rooney handing me a brown paper bag on my visit that autumn day in the early 90s. Her husband, Jim, a self-taught preacher, had died the month before. At first it seemed she wouldn’t have the strength to honor his wish to die at home. But on that day, Sadie was pleased with herself because she had cared for Jim up to the end. So when I reached into the bag and pulled out a mug and read the inscription out loud—24-Hour Woman—I figured Sadie was thanking me for being there for her. I was the 24-Hour Woman: the nurse practitioner orchestrating the journey towards the final curtain for Jim. And buoying up Sadie to face, head on, the whole dying business.

All these years I kept the mug. It came with me when we moved out of state—twice. Sat on my desk at each new job. A reminder of my nursing success. Or so I thought.

I had made notes of my visits to Jim and Sadie. Now as I write their story for my upcoming book, I am re-thinking Sadie. How resilient she turned out to be. She was there for her husband—night and day—quelling her own fears and insecurities. And at our last meeting, she told me of her plans to become a preacher.

Now with the passage of time, I see Sadie as the 24-Hour Woman. Thinking of her gave me the encouragement to take on new challenges as she had done. I had it all wrong. 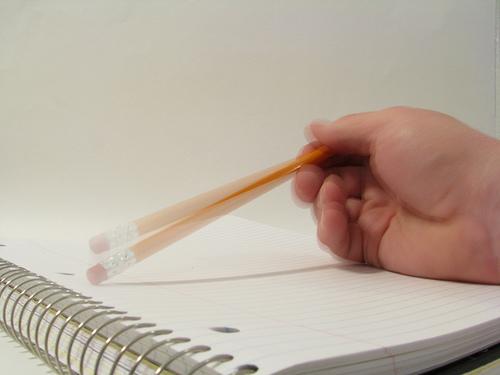 I didn’t attend the 2011 Fall Conference in Asheville sponsored by the North Carolina Writers Network but I kept this description of one of the master classes: “If You’re Afraid to Write About It, You Probably Should Write About It”

Often a writer’s breakthrough comes when he finally faces up to material he’s been avoiding. Maybe it’s too personal or too painful or maybe he assumes it just wouldn’t interest anyone else. Whatever the reason, we writers often overlook our own obvious strengths, dismissing the very things that are central to us. Consequently, we write around the edges of our lives or our characters’ lives, so that our stories are pale imitations of what they could be. They may be well-written, they may even be entertaining, but they lack heart. As a writing teacher, I spend a good bit of time helping students recognize and appreciate their own writerly landscapes. When a writer makes the shift to writing about a world he knows, embodied with places and characters that matter to him, the writing almost always comes alive.

I’m currently writing about making home visits to three men that shared the same life situation. They all had terminal cancer. I visited the men on the same day because of their geographical proximity. With little experience in working with dying patients at the time, I found the visits depressing. While there are many completed chapters in my book, I had ignored this trio up to now. What is it about these men that disturb me?

What do you avoid writing about?

Thanks to my friend Lois Roelofs and her post “Growing Older In “Style,” I found Ari Seth Cohen, a twenty-eight-year-old who is spotlighting “stylish senior citizens.” Love it. Older women—and men—who ignore the old adage: “dress your age.”

How come a twenty-eight-year-old man finds older people so fascinating? Well, I was sure there had to be an older role model in his life. And indeed there was—a grandmother. Aha!

Back in the 80s at my first job as a gernotological nurse practitioner, Betty, a social worker, and I conducted monthly orientation sessions about geriatrics for new nursing staff. Geriatrics was a new medical specialty at the time and Betty and I wanted to sensitize the group to aging issues.

Betty had the nurses imagine themselves at different stages of life. Invariably, someone would object to the exercise, not surprisingly, when Betty had them imagine looking at themselves in a mirror at different ages. “Now you’re 80 years old. What do you see? How do you feel? How are you dressed?”  (We would, as a matter of course, excuse anyone who didn’t want to participate.)

There were incidents of tears.

On one occasion a woman picked up her purse, notebook and coat and stormed out of the room shouting her disapproval of our experiential process. From that day on, our boss dubbed us the Sob Sisters.

However, the majority of our class enjoyed the exercise. Those most enthusiastic usually mentioned an older person in their life that they respected and cared about. This anecdotal experience of mine carries over to the assessment of Ari Seth Cohen. He sees older folks in a positive light to be celebrated and acknowledged. Thanks to his grandmother.

I read the New York Times article, A Small Picture Approach to Health Care last week with so what’s new thoughts hopping in my head. Sure, the economics of funding health care services continues to be a challenge but we nurses can see the real change agent of this model’s Advocate Health Care approach is the nurse as Care Manager. And what would the nurse be doing in order to ensure a positive outcome, such as reducing hospital readmissions, especially with geriatric patients as described in the article? Calling the patient on the phone, listening to what she says, educating her and making suggestions for change. Mrs. Cline, the patient described in this piece, has had marked improvement in her health, her “dizzy spells have subsided and she has not been hospitalized since May.”

The article further states, “The extra attention Mrs. Cline receives is the result of a radical departure from traditional fee-for-service medicine.” Well yes, I might concede that fee-for-service medicine has not utilized nurses effectively in the past. But a radical departure? Nurses have long been the patient advocates, case managers, health care coordinators and now care managers. The titles change but not nurses’ skills.

The radical departure as far as I’m concerned is to recognize nurses cannot only make a difference improving patient outcomes but nurses’ interventions promote cost savings.

Read the article for yourself. Granted, restructuring of our ailing health care system ignites strong opinions. But I for one can see that the nurses role in this restructured delivery model improves the quality of life for all enrollees.

I am pleased to share this article from Reiki News Magazine ReikiInCancerCenter RNM 2 March 2012 written by Jane Van De Velde, DNP, R.N. Reiki is one example of the different skills nurses and nurse practitioners use in treating the whole patient: body, emotions, mind and spirit. Reiki is a complementary holistic healing practice, which creates many beneficial effects that include relaxation and feelings of peace, security and well-being.

I’m putting off making a pumpkin pie for our Christmas dinner to share my delight upon reading Theresa Brown’s Op Ed piece, Looking for a Place to Die, in the New York Times this past Thursday.  It’s a sad story but it shows how one nurse can make a difference.

If you doubt the significance of seeing a nurse’s by-line in such a prestigious newspaper, read about how nurses are nearly invisible when doctors write about health care. And check out my friend, Lois Roelofs’ blog, What do nurses really do?, that clued me into The Truth About Nursing, an organization founded by a nurse, Sandy Summers.

Here’s hoping that 2012 will be the year nurses are no longer invisible in the mass media.

Now back to that Pumpkin pie.

I was listening to my long time friend, fellow writer and nurse, Lois Roelofs being interviewed on the Laura Dion Jones Show from Illinois on WRMN 1410, last week. With my I-Pad up to my ear, I settled in a comfy chair in the living room of my daughter’s home in Raleigh. For the next half hour, my four-year-old grandson repeatedly circled my chair, lunged at the dog, and jumped on his eight-year-old brother who was playing Mario Kart and protested loudly. Besides ignoring my grandsons, I ignored the ringing phone and hoped no one would press the doorbell.

Lois wrote a book: Caring Lessons: A Nursing Professor’s Journey of Faith and Self. Lois not only promoted her book but also discussed the special characteristics of the nursing profession. She told Laura’s audience that nurses are not just caring but use manual dexterity along with cognitive and social skills in their interactions with patients. “It’s an intellectually vigorous profession.” And the ultimate multitasking profession, I might add. Anyone who has been hospitalized will appreciate the benefits of a being cared for by a competent and compassionate nurse.

Lois and I met years ago in a baccalaureate-nursing program. We share the same irreverent sense of humor and the love of nursing. And the belief nurses have an important message to share with the public—how and why we make a difference. Lois does a good job during the interview to make this point.

Listen for yourself. Brew a cup of tea. Click and fast forward into the broadcast to 3:05 minutes and hear Lois promote her book and the nursing profession.