What happens to a dream deferred?

Does it dry up
Like a raisin in the sun?

Or does it explode?

I read this poem in Roger Cohen’s essay The Year Not to Defer Dreams, New York Times, December 27, 2017. He looks out of his window in Brooklyn Heights at the Staten Island Ferry, which he has never taken, as it is “crisscrossing the water.” He advises us to wander aimlessly, pay attention to detail, and re-examine the familiar.

At the end of his essay, Cohen finally “boarded the ferry, not to go anywhere, just to be transported.”

In closing, he writes, “In 2018, take the time, dear reader, to gaze at the familiar, board the ferry to nowhere—and do not, at risk of an explosion, defer your dreams.

Don’t defer your dreams seem an admonishment to those of us who are growing older. I hadn’t thought that many, regardless of age, might not acknowledge dreams we harbor silently in our hearts.

I wrote in my last post that I had never planned to write a book. Say what? Why did I take classes, attend seminars, write about my patients, and focus most of all on the stories surrounding a single experience of becoming a coordinator of a new clinic in Chicago in the 80s? Not write a book?

My friend, Helen (not her real name), called me a few weeks ago. Without salutation she said, “I am in love.” I knew she was taking about Tom, a friend of more than 30 years.

Helen and her husband, and Tom and his wife, were friends back in California. After Helen and her husband moved to North Carolina, both couples began sending Christmas letters over the years. Tom and Helen were the scribes. Helen called to give her condolences after Tom’s Christmas letter noted the tragic loss of his beloved wife after a brutal battle against Alzheimer’s. Soon the two were reconnecting and updating their lives. They found they had much in common. “I’m going to tell him that I am not interested in a relationship,” she had told me. And then her phone call.

Their frequent phone calls and messages erupted into deep emotions. Tom flew from California to North Carolina for Christmas, leaving two days after the New Year. He stayed with Helen in her one-bedroom apartment. They laughed constantly. Sang familiar songs. Finished each other’s sentences. Fell into a routine as if they had co-habited for years!

And the sex was great!

Helen will visit Tom the end of this month. Both in their seventies, they are investigating on which coast they will live—together.

From my vantage point of Tom and Helen’s relationship—I am more observer than an intimate—I wonder if each had had the dream of finding a kindred spirit. Tom having a wife who was becoming more of a stranger to him probably left him grieving more than thinking of a new wife to replace her. Helen, who often spoke of her deceased husband as the “love of my life,” was not planning to get remarried. Yet when they met each other and felt the warmth of this new love and recognized the potential of a happy life together, the dream was born. And I believe that both Helen and Tom will not defer their dream now that it has materialized.

I wish them happiness. 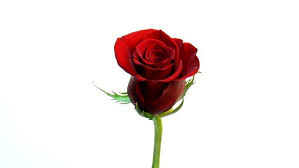 I believe the better the friendship the more raucous the laugher—the real belly laughs that make you think you are going to die of asphyxiation. I have a number of friends that are enjoyable to be with but I have just two or three that make me really laugh.

Donna and I worked in home care at a Chicago area VA in the late ’80s. Our caseload mostly included veterans who were elderly with chronic disease or dying of cancer. Both NP’s, we worked four-ten hour days a week, each covering for the other on the day we had off. Jane, a third NP who worked with us, had young children and requested to work a regular schedule.

Many times after work, Donna and I lingered in the large 4-bed room on a deserted patient unit that served as an office for us three NPs. Each of our desks was centered against a wall. No other furniture filled cavernous room. Donna and I would take turns rolling our chairs next to the other’s desk. We discussed our patients before we wandered off into the personal and humorous. Our laughter ricocheted off the walls. If we became raucous, we didn’t care since there was no one nearby to complain.

After my husband and I had moved to the DC area, Donna came to visit. At one of my favorite art museums—The Phillips Gallery, Donna and I burst into unrestrained laughter. I can’t remember the trigger. What could be so funny in an art gallery? The other patrons gave us wide berth while we two middle-aged women tried to control ourselves. The more we worked to settle down, the harder we laughed. That was the last time Donna and I were together.

In 2000, Donna moved to southern Illinois and I to North Carolina. We emailed and occasionally spoke on the phone. In 2013, Donna was diagnosed with lymphoma.

During one of her remissions she reviewed my manuscript checking for any inaccuracies in my descriptions of NP practice in the 80’s. I sent her a thank you bouquet of flowers.

Now as I ready my book for publication, I am composing the Acknowledgements. The realization that Donna won’t see a formal appreciation saddens me. She died on July 9th.

I will miss her laughter.