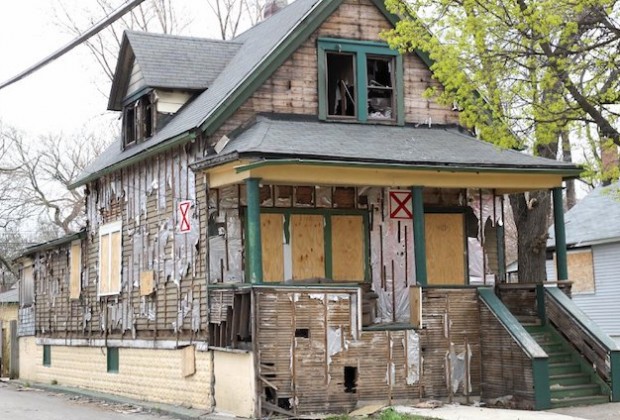 When I visited a patient in my caseload that lived in an “unsafe” part of the city, I went in the morning. Right after the pimps and drug dealers had called it a night and before the shop keepers pulled up the bars over the store windows and the women came out to sweep the sidewalk litter into the streets.

One day Pearl, the social worker, asked to come with me to see a patient. She had a meeting in the morning so we left after lunch against my better judgment.  If I were going to go to an iffy part of the city, this was the last place I would want to visit. The Chicago Tribune ran a story a few weeks previously about the  “Murder Building.” I knew by the address it was next door to my patient’s apartment.

Everyone knows it simply as “the murder building.“

“They call it `the murder building` because people have been known to go into that building and not come out,“ said one young man standing on a nearby street. “You got to stay away from that place. Things go on in them halls you don`t want to see.“

What does that say about the neighborhood we drove through and the scattering of young men gathered on the stoops, some leaning against the parked cars, all seeming to be without a sense of purpose? I felt their eyes following us.

My patient lived on the second floor with his common law wife and various other relatives. The front door was locked and since there wasn’t a bell, I had to stand under the window and yell the patient’s name. The patient’s wife would come to the window before she sent one of the grandchildren down to let me in. This was before cell phones.

I dreaded leaving the safety of the car. Did any of the men think we carried drugs? I scooted out and quickly grabbed my nursing bag from the trunk along with a white bathroom scale. The patient was on tube feedings. It remained unclear if his wife was able to manage the procedure and give the feedings on schedule. I was monitoring his weight as evidence of success.

When Pearl and I completed our visit, we took quick, long steps to the car, avoiding eye contact with anyone near-by. As I stuffed my bag and scale into the trunk, I felt someone tap me on the shoulder. I waited for the command to hand over my nursing bag. Instead a soft voice asked, “Before you put that scale away, would you weigh me?”

I turned to see an older man with short gray whiskers on his chin and a pleasant smile. He moved aside as I slammed the trunk closed and carried the scale to the sidewalk. He took his shoes off and stepped on the scale. “I can’t see the numbers,” he said. I read them off to him, he stepped down, retrieved his shoes and said, “thank you.” Behind him stood a young man with dreadlocks. “Can I get weighed too?” He slipped out of his high tops. I called out his weight and he left with a “thank you.”

Behind him a line of men snaked along the sidewalk. Pearl emerged from the car and began joking with the men, young and old, as they waited their turn at the scale.

Back in the car, the scale packed away in the trunk, Pearl and I drove to the corner. As we pasted the Murder Building, ominous and frightening with smashed windows and debris scattered around its foundation, I realized a building doesn’t define a neighborhood.

On my last post, I speculated that Betty, the wife of one of my patients, Mr. G, might have been plotting to do him in. Now my friend, co-worker at the time, Jane Van De Velde, writes that Mr. G was admitted to the hospital because his hemoglobin was very low and he died there. “So it turns out Betty was blameless.”

For twenty years I thought of Betty as a scheming, conniving and murderous wife. How interesting to find out that my suspicions have been unfounded. Sorry to let this one go. But I do have another patient I believe might have had an untimely death.

I’ll tell you about him on my next post.