This guest post was written for She Writes Blog on November 29, 2018.

My book, Stories from the Tenth-Floor Clinic: A Nurse Practitioner Remembers, took me about seven years to complete. I couldn’t seem to rush the process. A mentor told me “the book will take as long as it needs to take to be done.” And only after I finished the book did I understand what my story was really about.

My nursing career covered forty years. As soon as I retired I began to record those years starting with nursing school. When I reached the early 80s, a tug in my gut told me that I couldn’t go any further. During that time I was the coordinator of a not-for-profit clinic in Chicago targeting the underserved elderly. Throughout the years, I always remembered the clinic as being totally different from any other job I ever had. Located on the tenth-floor of an apartment building for low-income seniors, the open door policy allowed anyone to walk in—with a heart attack or carrying a loaf of zucchini bread.

As a new nurse practitioner (I had been a registered nurse for twenty years before I went back to school to become an NP), I narrowly viewed my role as a health care provider. I would see patients in the clinic for illnesses or health maintenance. That the elderly had multitudinous social and economic problems initially eluded me. Or was it that my lack of education in geriatrics, a new specialty at the time, that contributed to my misconceptions?

Many of my patients’ stories were captured in a journal that I kept while I struggled with the dilemmas that challenged me—patients choosing between food and medicine, or were victims of family abuse, or targeted by scam artists from the community. I often vacillated whether I had any right to step in and take over a patient’s finances or change the locks on the doors. With no road map, I fumbled along, sometimes butting heads with my staff in deciding how to intervene.

I learned that what I wrote initially in the book was not a clear map of what I wanted to convey. I just wanted to tell this story. But what story? My memory cast my co-workers in roles that inhibited my progress. With each rewrite, I softened my harsh critique of others and uncovered some detrimental actions that I had initiated. My insight became sharper when I let the story percolate in my head rather than rushing to rewrite. Reflection and patience, albeit over seven years, finally enabled me to be truthful to what happened in the tenth-floor clinic.

In retrospect, I see that having a preconceived notion of what I wanted to write had caused me to miss what was behind the real story. My belief about the stories from the tenth-floor clinic stemmed from what I remembered—my truth at that moment. The passage of time has a way of rearranging recollections. It was only after examining my place in my memoir that I uncovered what the story was really about, even if I had already lived it.

The book took as long as it needed to take to be done. 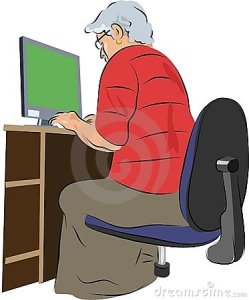